Among the signs that greet you upon entering Alcatraz Penitentiary is the following: 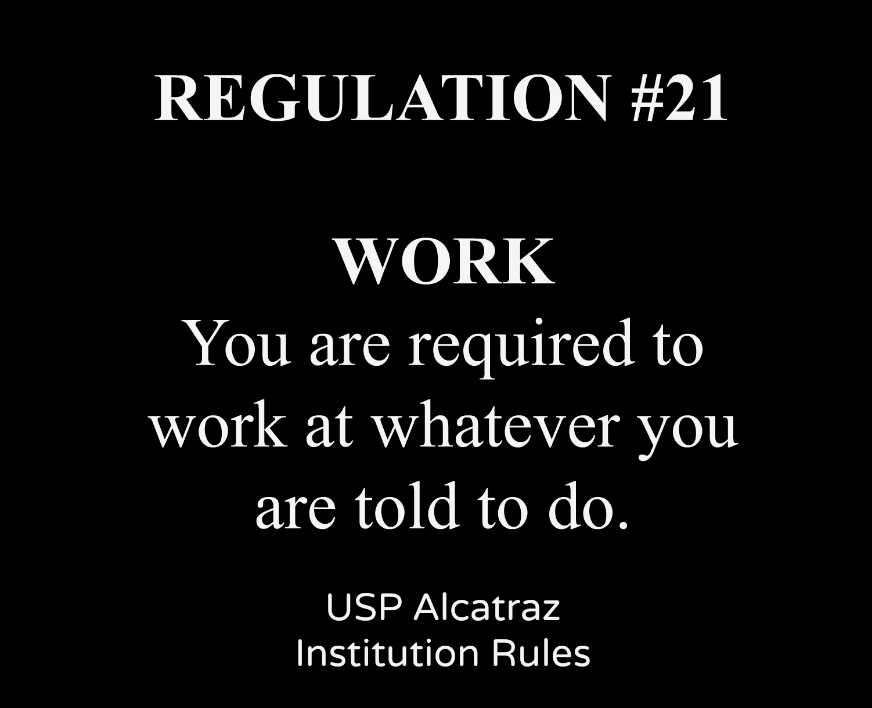 It struck me for a moment that schools used to be like this, then I reminded myself that I was here to relax, not to think about work. I’d had my moments earlier as our tour guide provided us with historical insights as we made our way up the Rock. Like many people, I had watched Escape From Alcatraz. I’d also watched the recent TV series. I’d done some reading in advance, as this is a topic that fascinates me. To be stopped three times on our way to the museum to be told things I already knew was a little irritating and I was being less than patient. I wanted to get started, not wait for the others to get their instructions. I reminded myself to behave, so when we finally got inside and walked past the communal showers to collect our headphones for the audio tour, Regulation #21 was clear in my mind.

Alcatraz is an amazing place. The location, the history, the social context are each fascinating. The guided audio tour is commendable, especially for the fact that the narrators are former inmates and prison guards. There were many things I wanted to see and some questions I was eager to have answered. The step-by-step approach of the audio tour means, of course, that the relevant information for all tourists is identical and pre-determined. This is the obvious and most efficient means of delivering information to a large audience. “You are now standing at cell 168. Please look to your right. Further along this landing, you will see four windows. Please walk to the windows. And wait.” It is with this approach that the stories of audacious escape attempts and the legends of Al Capone and the Birdman of Alcatraz were delivered. Being an impatient, independent type, my frustrations started to kick in and I was back thinking about schools again.

The problem with this one-size-fits-all delivery of information is that it requires everyone to follow, literally, step-by-step. I quickly became a distracted student. I knew enough about Al Capone, but was fascinated by the knowledge that Machine Gun Kelly had served as an altar boy on the Rock, but there were no insights on this. At one point we were directed towards an area detailing a famous riot, past a tantalizing open door that looked out over the recreation yard. The latter area grabbed my attention and I found myself lingering there, imagining this place populated, contemplating the reality of life as a prisoner, as my tour group moved on as directed. Breaking out of my reverie, I scrambled to catch up, missing information as I went, then – now that I had broken the discipline of following the directive voices – found myself increasingly exploring things more liberally and out of personal interest.

When we passed an open door to the lighthouse and the warden’s house, the audio guide literally advised, “do not go out here … we will come back to this later.” It was a beautiful evening, the sunlight streaming across the shimmering bay, the sight of the warden’s house in the shadow of the lighthouse too alluring to defer. I wanted to experience this alone, not with a hundred fellow tourists following a script. I stood, facing the bracing evening winds, the skyline swarmed with gulls, gazing across at the majestic skyline of San Francisco and imagined what torment it must have been to be incarcerated within view of such a potent symbol of liberty. I took my iPhone out to take some snaps and saw that there was an available WiFi network. It connected by default to the history of the island. Sitting on the lighthouse steps, I set the headphones aside and quickly lost myself in the history of the notorious “Whitey” Bulger, subject of the movie, The Departed, and more recently the main suspect of a major trial for organised crime. I had no idea that Bulger had spent time on the Rock. I also discovered that the lighthouse I now sat beneath was the first on the Pacific Coast. I learned about the occupation of Alcatraz by the American Indian Movement that ended in 1971. I found things on my own that resonated with me, things not mentioned in the tour. I was moving at my own pace, directing my own learning. Time flew by.

Heading back inside, I realised I was lost. The voice on the audio headset was describing a landing that I was not on. My group was long gone. Guessing my way forward, I found myself with another group who appeared to be just starting the tour. Stumbling on, feeling oddly guilty, I found myself on another floor, in the old hospital, listening to an out-of-sync narrative about Bobby Kennedy sanctioning the closing of Alcatraz in 1963, the year his brother was murdered. By now, I had no idea where I was in the program and was feeling a bit bewildered, even frustrated. Knowing that I needed to rejoin my family and not miss the return boat, I approached a stern-looking, but helpful guide, who simply said, “You are supposed to follow the audio guide.”

On the boat back to the mainland, the sun now setting behind the island, I thought again about how my experience was a reminder of what schools used to be like. I could not help wondering if there are still days when our students and teachers sit in frustration at a story being told, directions being given, or topics prescribed … while we are limiting their own potential to make meaning, to personalise their experiences. 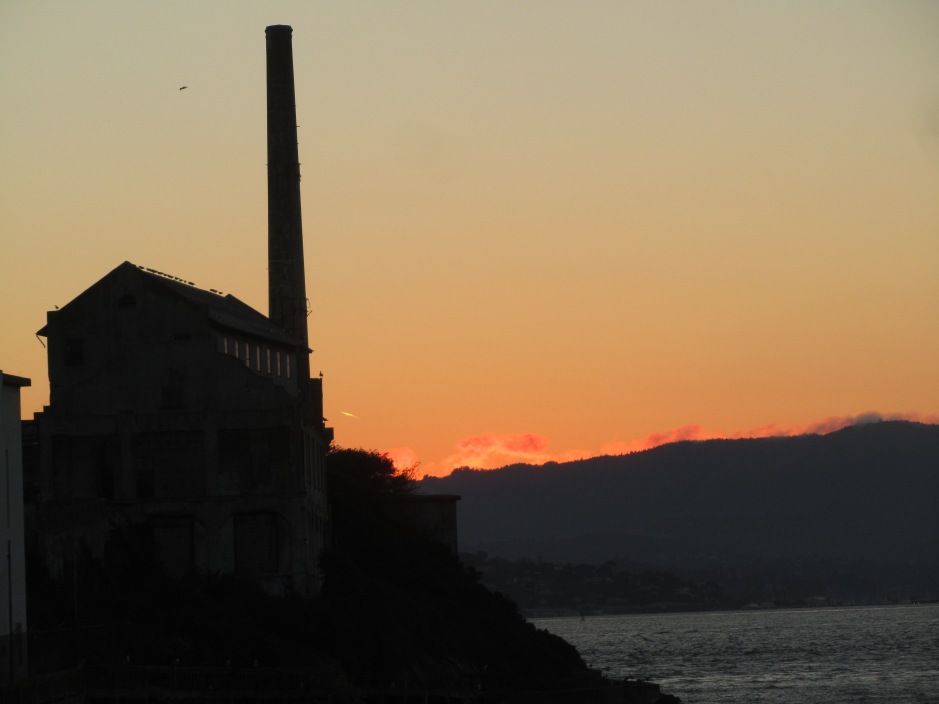 Schools must ensure that there are open doors in every learning experience through which our students and teachers are not just welcome to walk, but encouraged to.

A single narrative no longer works.