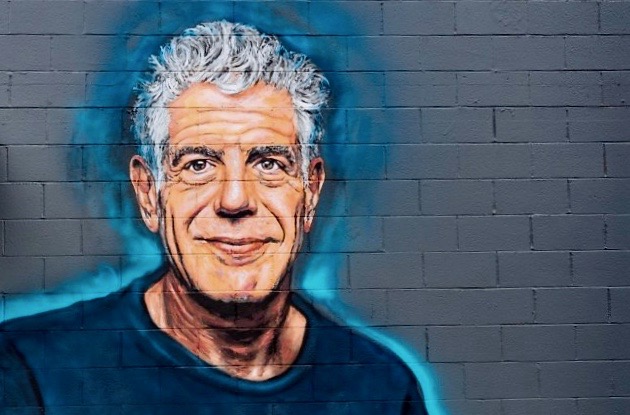 I recently – belatedly, one might say – read the late, celebrity chef, Anthony Bourdain’s seminal memoir, Kitchen Confidential. Bourdain’s writing style is that of a culinary Hemingway, an apron-bedecked gunslinger with an incisive, resolute, world view. He used his unique voice to narrate epic tales in a direct and entertaining, sometimes disturbing, manner. This voice of uncompromising honesty shocked some: “A proper saute pan … should cause serious head injury if brought down hard against someone’s skull. If you have any doubts about which will dent—the victim’s head or your pan—then throw that pan right in the trash.” Beneath this blunt approach – which he reflected upon with maturity (and some apology) later in life – resided an authentic voice that resonated compellingly for its willingness to call out the sacred cows of his industry.

I found myself wondering what Bourdain might have served up had his not been a career in the culinary arts, but in education. What might he consign to the trash or marvel at? One can imagine him describing learning as though it were garlic.

“Garlic is divine. Few food items can taste so many distinct ways, handled correctly. Misuse of garlic is a crime. Old garlic, burnt garlic, garlic cut too long ago, garlic that has been tragically smashed through one of those abominations, the garlic press, are all disgusting. Please, treat your garlic with respect. Sliver it for pasta, like you saw in Goodfellas, don’t burn it. Smash it, with the flat of your knife blade if you like, but don’t put it through a press. I don’t know what that junk is that squeezes out the end of those things, but it ain’t garlic.”

Bourdain called it like it was. His forthright, unadorned kitchen revelations, in many ways, articulated what many already instinctively knew, but dared not give voice to. He did so with sardonic wit, insight, humanity and conviction. More than this, he maintained a keen eye on authenticity and demonstrated an openness and desire to always expand his horizons. He could comment on the galley trenches with credibility because he had been there, sleeves rolled up, and had a sustained respect and appreciation for pot washers, waiters, and cooks alike. I can’t – nor do I presume to – imagine what Bourdain would make of education today. Reading him reminds one, however, that telling the story of our schools honestly, transparently, and without edu-jargon is of far greater value to their culture and, consequently, student learning, than many of the anachronistic mechanisms that schools – and teachers – are so often consumed by.

Bourdain once said that, “character is far more important than skills”. In his work, he steadfastly strove to rail against what he described as an “empire of mediocrity”, aware that, “to resist is to stand against the hurricane.” Despite his flaws, there was something almost singular about the voice of Anthony Bourdain. In a world in which voices of truth are often silenced, his words represented a call to action, an entreaty to embrace change, try new things, enjoy the journey, challenge the status quo, and, above all, tell it like it is.

So what might we learn from Anthony Bourdain? Perhaps we might learn only this. The purpose of school is to create a space and a culture in which young people will flourish. We should allow nothing to detract from this. This is our essential urgency, our call to action. The most important thing, the most difficult thing to measure. Our purpose, our True North.

Long after I have stopped reading, the words of Bourdain resonate.

“Without experimentation, a willingness to ask questions and try new things, we shall surely become static, repetitive, and moribund.”