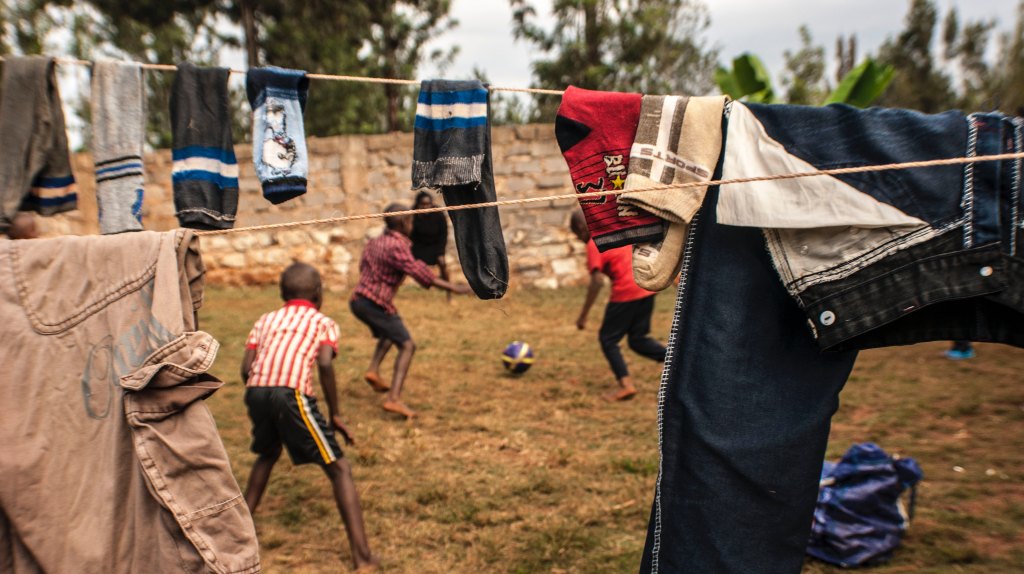 This World Cup, more than any other, perhaps, is a true celebration of the Beautiful Game. Ultimately, it’s a tribute to the power and importance of migration and multiculturalism at a critical point in society. In particular, if we look at three of the remaining sides – Belgium, England, and France – there’s a good chance that many of these players, depending on the vagaries of circumstance and fate, could quite easily have ended up playing alongside each other. In our current political climate, this is a significant consideration.

Belgium’s Romelu Lukaku wrote a piece in advance of this tournament that has earned a lot of deserved attention. Therein he reflects on the hardship of poverty and the desire for acceptance that drove him to where he is today: “I was born here. I grew up in Antwerp, and Liège and Brussels. … I’ll start a sentence in French and finish it in Dutch, and I’ll throw in some Spanish or Portuguese or Lingala, depending on what neighborhood we’re in.” Seventeen of the France team are the sons of first-generation immigrants. The England team is equally diverse and, arguably, perhaps more united than any English team we’ve seen before.

This is the real story of this World Cup, a celebration of integration, of multiculturalism, of pluralism and acceptance. At the same time, we must acknowledge the unique joy of national pride for those countries who vie for success. These things are not mutually exclusive. The celebration of a team’s exploits is good for the national psyche and a rightful source of patriotic pride. Some media outlets inevitably lose perspective on such occasions. As an admirer of Frank Skinner and David Baddiel, I enjoyed the playfulness of their football anthem, Three Lions (Football’s Coming Home) back in the day. At the same time, there has been a sense of a jingoistic, nationalistic frenzy that has accompanied England’s tournament exploits in the past. Even an organization like the BBC has tended to lose the plot with self-indulgent bias. This is somewhat understandable, so long as it’s a celebration of patriotic, footballing pride, not tribal nationalism.

In a world of Brexit and growing right-wing populism, there is noteworthy cause for caution. Steve Bloomfield, writing recently in The Guardian, highlights the importance of this perspective in the context of the growing euphoria surrounding the progress of England in the tournament. “There’s a hypocrisy to the warm embrace that has been granted to this England team by parts of the media and the population. These are not people they normally like.” The notion, in 2018, that “football is coming home” is, at best, a failure of the imagination, a harking back to an Empire long gone, an insult to the human stories of those who still strive for acceptance and respect. This England team feels different, however, and there is about it an absence of the triumphalism that was too often present in the past. Things have changed and England Coach, Gareth Southgate has captured this change with dignity, intellect and insight when he states: “We are a team with diversity and youth that represents modern England. We are the reflection of a new identity and we hope that people connect with us.” There is a real nobility to this cause.

There are important lessons here for schools, for all of us. As Afshin Molavi has noted, writing in The Washington Post: “[Belgium’s] Red Devils, like France’s Les Bleus, will not be able to solve their nation’s problems. But as Europe’s immigration debate heats up, the Belgian squad can point the way toward an ideal of successful, merit-based integration while boosting national pride as they play sublime soccer before billions of viewers.” Will the communities from which these World Cup heroes have emerged be treated with greater respect or dignity as a result of this tournament? Is there any learning to be had here? One would hope so, even if that hope feels, at times, forlorn.

There are no simple narratives, no exclusive mantras that can define our origins or our true homes. If you want to confuse an international school student, ask her where she is from. When my homeland, Ireland, made it to the World Cup quarter-finals in 1990, it was with a team that included several players regarded with derision by some because they were born in England, the children of Irish emigrants. Harry Kane, England’s leading scorer in this competition, is the offspring of an emigrant from my own part of the world, Galway. He quite rightly plays for his homeland with pride and, one senses, with an appreciation for the diversity and heritage of his teammates. Meanwhile, my Belgian-born sons, the children of immigrants themselves, support both the land of their birth and of their heritage. Borders do not define us, after all.

Home is a lottery for acceptance. For those blighted by the scourge of forced migration and the tragedy of losing their place in the world, home is any place that is welcoming and grants safety, opportunity, and peace. If football is coming home – regardless of who ultimately takes the Cup next Sunday – I hope that it’s to a land with an enlightened understanding that this place we call home is a more complex, elusive and inclusive place than any national or exclusive identity can narrowly define.

When all is said and done, this time, the Beautiful Game is already home.

On the turntable… unexpected Saturday delivery. All 5 look familiar? #vinyl @regaresearchuk #records
Jackson showing his double punk side @brewdogofficial #brewdog #dogsofinstagram #flatcoatedretriever
On the turntable … not quite “Blood on the Tracks”, but I love this album. “You been down to the bottom with a bad man, babe | But you're back where you belong.” #vinyl #dylan @bobdylan #dylan80
Jackson gazing longingly at a sausage. Would you ever guess? #dogsofinstagram #flatcoatedretriever
On the turntable… My two favourite Jacksons; one named after the other. @jacksonbrowne @regaresearchuk #vinyl
On the turntable … when I first heard this as a teenager, I was blown away. Those words on the LP cover “Songs by Jim Steinman” were unusual. #ripjimsteinman #meatloaf #vinyl @meatloafsofficialfanpage
Not on the turntable … here’s one of the things I like to do when listening to records. #scampi #foodstagram
On the turntable … I was turned onto this unique sound in the 90’s by wise Canadian colleagues … and this record was the soundtrack to my many trips to Kingston. The perfect album. Got this new copy from Russia. @thetragicallyhip #vinyl
On the turntable … for the day that’s in it. @john_prine @ohboyrecords @fprine #johnprine #vinyl
On the turntable… one of my all-time favourite records. All the way from High Street. @sawdoctors @ollie_jennings1952 #sawdoctors #vinyl