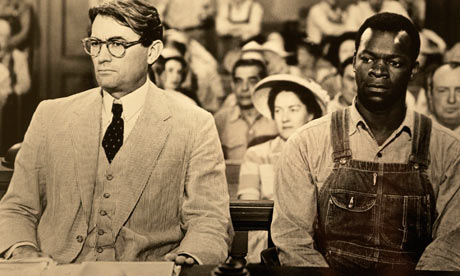 “You realize that our Negro population is backward, don’t you? … Do you want your children going to a school that’s been dragged down to accommodate Negro children?”

These are the startling words of Atticus Finch to his daughter, Scout, in the newly published Harper Lee novel, Go Set a Watchman. The once iconic defender of civil rights, staunch opponent of racism, and patrician champion of justice in To Kill a Mockingbird has, after all these years, been exposed as a Klan supporter and unapologetic bigot. The media is filled with cries of outrage, remorse at the destruction of a childhood idyll and, ultimately, with calls for a revisionist approach to the teaching of Harper Lee in schools. We can’t, we are told, ever look at Atticus Finch in the same way again. How are teachers expected to deal with this literary sea change?

As Jay Parini has noted, “teachers of To Kill a Mockingbird across the nation will now have to explain to their students what happened to Atticus in later life and how his moral compass got so terribly out of whack.” What is one to do when a paragon of virtue falls off his pedestal and destroys our vision of childhood innocence in the process? It has been suggested that Mockingbird may essentially become unteachable in schools as a result of this bombshell publication.

Arifa Akbar, writing in The Independent, suggests that, “the most shocking aspect of Lee’s novel, published 55 years after she was advised to discard it and focus on the children’s story instead – [is] that we will never be able to read Mockingbird in the same way again, and never see Atticus in the same light again. It is the end of innocence for that novel, and its simple idealism.” Seriously? What are we really dealing with here? There is a simple perspective that does not alter our interpretation of Lee’s classic novel. The fact is that reports which suggest, “the storm of controversy locally and around the world over the revelation that Finch, the moral hero of Mockingbird, has grown old and crotchety in Watchman” is a fallacy. Atticus started out that way in the novelist’s imagination. He actually improved with time and reflection, as one hopes we all might.

From a literary perspective, what we are objectively dealing with here is a simple narrative shift, from that of a first-person, innocent six year-old, to that of a New York, streetwise adult, told in the third person. As Syreeta McFadden has observed, “we are all Scout: children disappointed by an idealized version of our parent.” The superior narrator (despite the flaw of her immense childhood wisdom) is the key to the classic novel. The current reality is simple.

Harper Lee wrote a draft of a novel in 1957 and submitted it to an editor who advised her to refine that work. The 26-year old Jean Louise of Go Set a Watchman is re-written as the childhood story of Scout, told from her perspective, 20 years earlier. Lee discovered Scout’s voice in that first draft and fully defined and mastered the character of Atticus in the book that was published in 1960 as To Kill a Mockingbird. That is the final version, the finished literary creation. Atticus Finch, like Tom Robinson and Dill, are works of the imagination, nothing more. While Go Set a Watchman may read like a sequel to the much-loved Mockingbird, it is simply a draft that Lee never wished to publish (there is a deeper, real-life question about the integrity of lawyers in the publication saga), like an alternate, extra  studio track added to a remastered recording. Is one obligated to re-interpret a literary character based on a previous draft of that character? I don’t believe so. Is it significant to note that a man of that time would have been a complex creature given the segregationist culture that prevailed? Surely this is no surprise. It is also no surprise that the recently published work does not match the quality or power of its more lyrical and atmospheric post-predecessor.

What may be most interesting in the outcry about the older, (earlier), more recent Atticus Finch is not so much that a human being – even of the literary variety – can be a complex creature who is capable of change, goodness, kindness, racism and frailty. Many individuals seem to be actually mourning the passing of moral certainty, of things being once predictable and, quite literally, black or white. As the grown up Scout remarks at one point: “I just don’t like my world disturbed.” Talented literature teachers and incisive readers have always understood the realization that there are few certainties in literary analysis. The relationship between the “contented slave” Cal and Scout had always raised questions about race relations and Lee’s approach to her victim characters has been regarded by many critics down the years as largely one-dimensional. Atticus Finch has always been, at least to some extent, a morally ambiguous character. It was Gregory Peck who made him a flawless, principled idealist. Whatever the literary merit of the “new” book – and it certainly contains some fine writing – one hopes that this publication might prompt renewed dialogue in schools about the very grave issue of race relations that remains with us today.

The old certainties can no longer be counted upon in the classrooms of today. Learning is now about adapting to change: exploring, understanding and appreciating multiple perspectives; being prepared for that which we can’t totally prepare for or always find palatable. There is no right or wrong answer, no black or white position, no Boo Radley lurking in the shadows. How ironic that an author who has been loved and cherished for 50 years for a vision of unchanged childhood can unwittingly confirm this reality. Harper Lee found personal and artistic redemption in opting to create her great novel of empathy out of the recently published manuscript. That central message stands the test of time and is more important today than ever. Nothing has changed. Everything has changed.

Author Billy Coffey has suggested that this new addition to the story of Maycomb County may offer a powerful metaphor.”In the end, that may be Harper Lee’s final gift. To show us how we are all Atticus Finch, caught between the people we are and the people we should become.” Perhaps the sad truth is that the older Atticus in Watchman is the more believable character; the noble Gregory Peck version the one we yearn for. Surely not a bad ideal for all learners to aspire to?

Is there more than one perspective when it comes to learning? Thankfully so. It’s still a sin to kill a mockingbird.